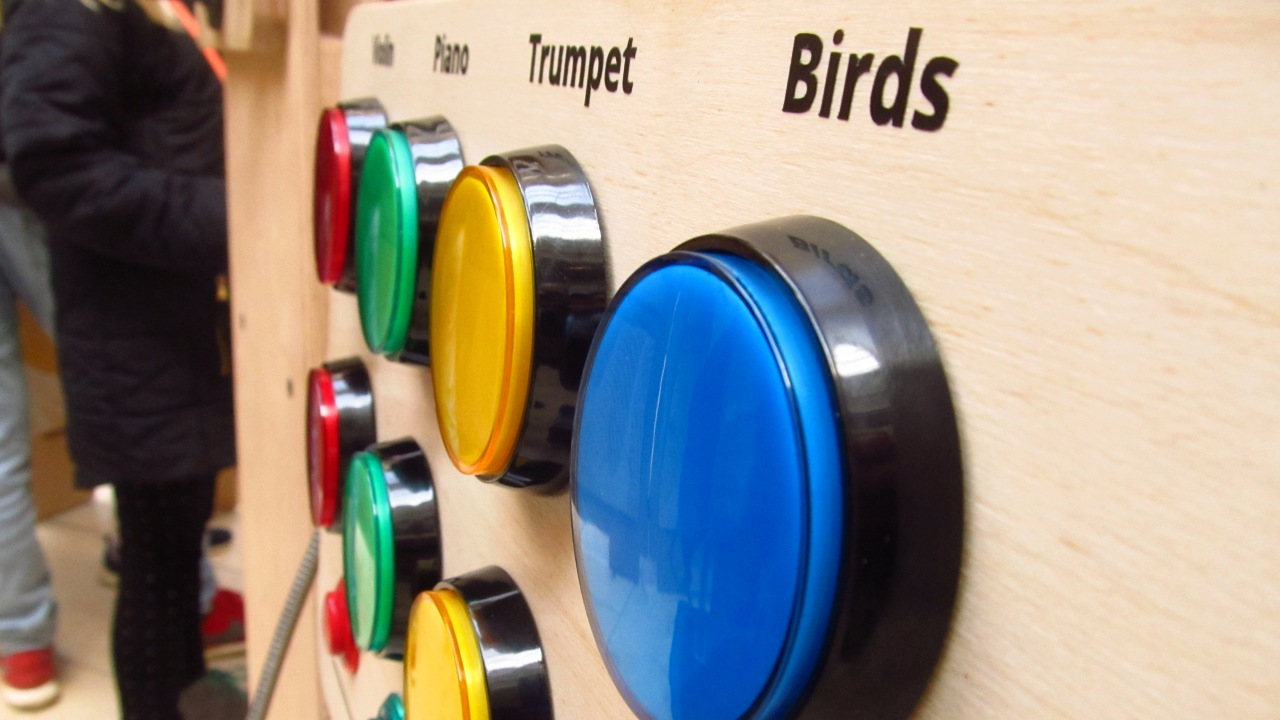 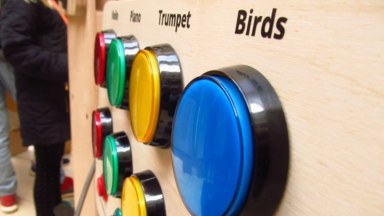 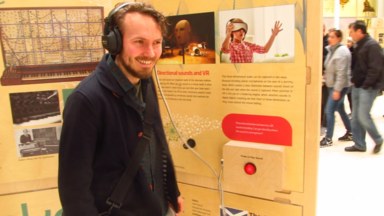 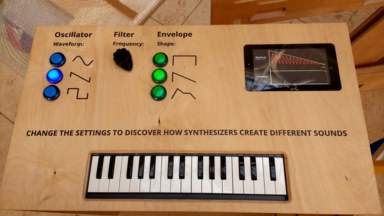 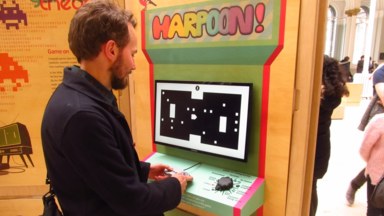 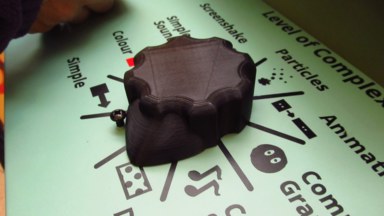 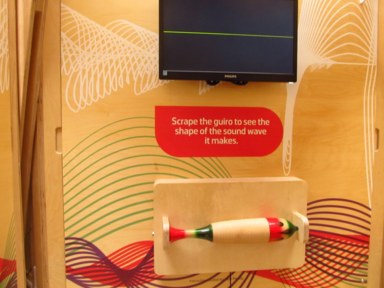 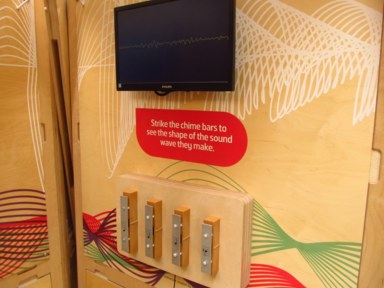 As part of the Edinburgh International Science Festival in 2017, I designed and built 5 interactive exhibits for the Play On exhibition at the National Museum of Scotland. I was aided in this by MAKLab (sadly now no more), who took care of construction of the various physical housings for the different exhibits.

The exhibits consisted of:

A videogame exhibit inspired by Martin Jonasson and Petri Purho's Juice It or Lose It talk. Harpoon! is a simple arcade game about collecting fruit to score points, with the ability to add and remove layers of 'juice' (e.g. sound, animation, visual effects etc.) to see how those layers change the feel of the game.

Two instances of Harpoon! were installed for the exhibition; one that was locked to the simplest mode (no sound, monochrome, simple blocky graphics), and another that incorporated a chunky rotary switch with which players could add and remove the various layers of juice.

The game can be downloaded for Windows and Mac (and Raspberry Pi) on itch.io.

A simple subtractive synthesizer designed to demonstrate how sound can be generated via software or electronics. Consisting of a single oscillator (with Sine, Sawtooth and Square waveforms), a low pass filter, an envelope with 3 preset shapes, and a small screen displaying visually the effect of the user's interactions with the various controls.

A soundfile-playback exhibit designed to demonstrate the difference between synthesized sounds and their real-life counterparts. Four sound types (Violin, Piano, Trumpet, Birds) were included, each with a button to play the synthesized version, and another to play the real version. When pressed, a third, smaller button would illuminate the button corresponding to the real sound.

A simple soundfile-playback exhibit which plays a binaural recording of a herd of sheep being shepherded when its button is pressed.

All exhibits were built around the Raspberry Pi, with a Teensy LC providing an interface for the more complicated exhibits.